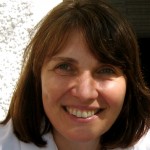 I grew up in Blankenese, a suburb of Hamburg, Germany. After my “Abitur” (high school diploma), I lived and worked for one year in Israel and England. In Munich I studied Deutsch als Fremdsprache at the Ludwig-Maximilians-Universität. During my graduate studies I taught German to Turkish immigrants in Munich.

In 1982/83, I moved to China where I taught German literature at the First Language Institute in Beijing.  I returned to Munich to write my Master’s thesis on how German Prose was studied and interpreted in China. It was published in 1985 under the title Deutsche Kurzprosa in China (German Short Stories in China). After I received my MA in 1984, I worked at the Munich branch of the American Defense Language Institute while continuing to study for my doctorate, which I received in 1992. My thesis was on the image of Germany in American high school History textbooks published between 1924 and 1988. It was published in 1996 under the title Deutsche Preußen und Germanen.

Before coming to Wesleyan in 2008, I held teaching positions at Plymouth State University in Plymouth, NH, Dartmouth College in Hanover, NH, and Fairfield University in Fairfield, CT, where I also worked as Associate Director of International Studies and as Academic Advisor for Study Abroad.

My professional interests are: German literature and culture of the 19th, 20th, and 21st century; foreign language methodology and technology and; German film. My ongoing research is on “Interkulturelle Literatur” in Germany, i.e., German literature written by authors of non-German descent. My most recent research project is on resistance fighters in the former GDR between 1950 and 1953 and the involvement of the CIA. The documentary about my father and his friends, We Wanted to Do Something!, that I made with the help of Peter Cramer ’14 is now online.

The movie was premiered in the U.S. at Wofford College in SC, then shown at MIT in Cambridge, MA, in fall 2014, at NeMLA in Hartford, CT in March 2016, at Wesleyan University in April 2016, and at the Goethe Institute in Boston, MA in October 2016. It has also been screened in Berlin at the Bundesstiftung zur Aufarbeitung der SED-Diktatur (Federal Foundation for the Reappraisal of the SED Dictatorship) (June 2016).  I presented excerpts of the book and the film at a Kolloquium at the University of Connecticut in Storrs, CT, on October 25, 2016, and at Barnard College (on November 3, 2016). The documentary was shown at the Goethe Institute in Boston, MA on October 28, 2016.

My book “Wir wollten was tun” Widerstand von Jugendlichen in Werder an der Havel 1949-1953 was published in June 2015 by Metropol in Berlin. The book was introduced by Rundfunk Brandenburg Berlin (rbb) and the Potsdamer Nachrichten on June 17, 2015. I did a book presentation and reading at the museum and former Stasi prison “Lindenstraße” in Potsdam, Germany also in June 2015 and at Kortes bookstore in Hamburg in June 2016.